Home » About Us » A Short History 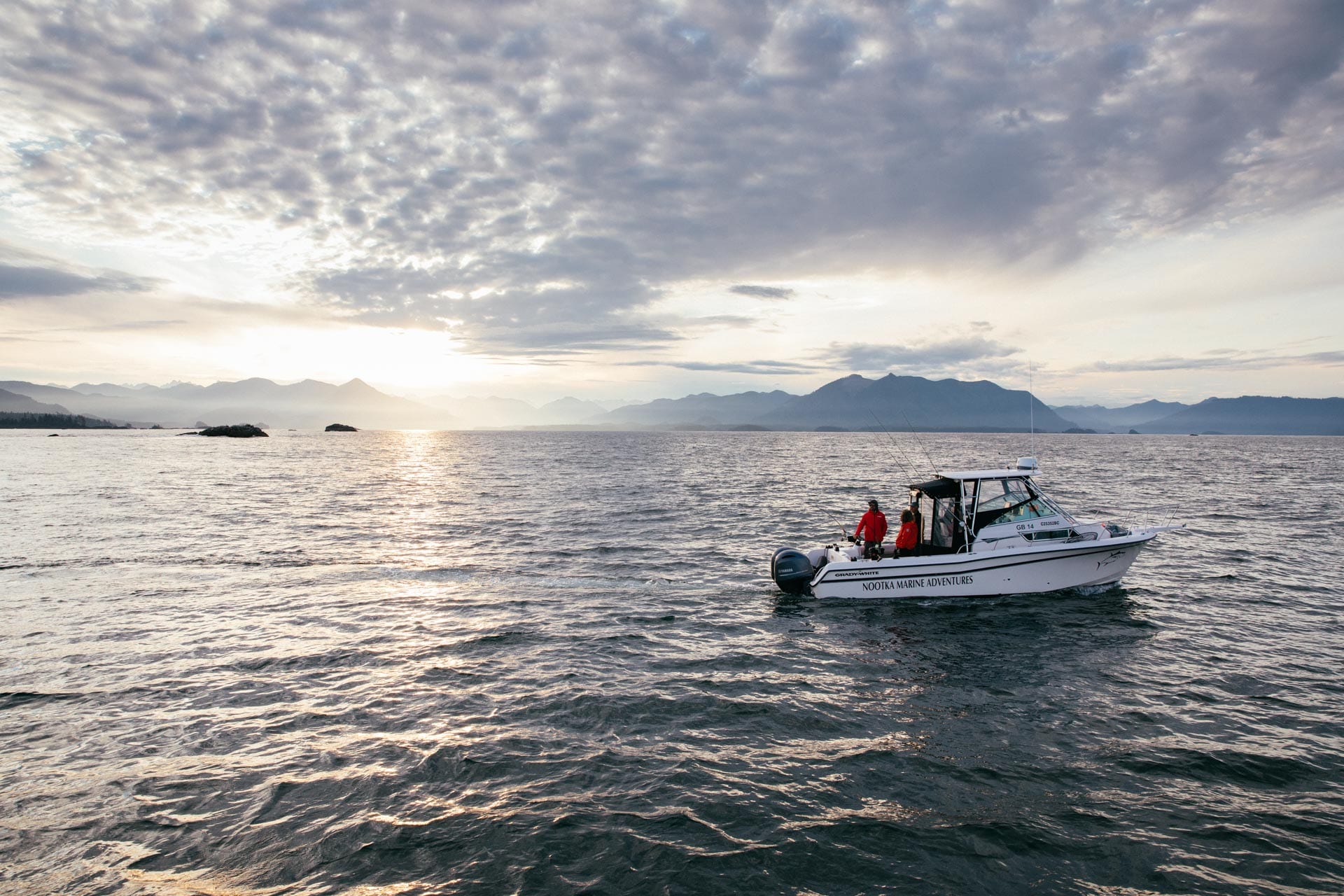 Newton Cove is our last resort – it completes the set. We can now offer the three finest fishing locations in the calm waters that surround three-quarters of Nootka Island. As the First Nations tried to tell Captain Cook, Nootka means “around” in the local dialect.  The fourth quarter forms a magnificent piece of Pacific coast.

In 2001 my wife Maggie and I were looking for new waters to fish. We had a home on the beach in Black Creek and a float house in Echo Bay but the spectacular fishing we were used to in the Georgia Strait, Johnstone Strait and Queen Charlotte Strait was now only a fond memory.

We had been hearing about Nootka Sound for many years and now we had to give it a try.  We drove to Cougar Creek Campground with our new camper.  It’s a lovely place to camp.  It has an outhouse, a creek and an adequate (most days) dock.

Our Guide showed us the best fishing we had seen in decades.  In two days we had our fish possession limit of Chinook with the highest average size we had ever caught.  We spent our third day fishing for bottom fish and releasing salmon we caught by accident.  We were hooked.

In 2002 we discovered Gold River Fish Camp was for sale. I put together a group of business owners who liked to fish and we bought it in 2003.  It was a one building lodge with a primitive cabin for guides.  There were 10 bedrooms; ten owners could fish there at one time, each with their own room. By 2008 we had three new buildings, could accommodate over 30 guests, and the name was now Nootka Sound Resort.

Also in 2008 we bought Moutcha Bay Resort.  It was a resort in name only; it had one superb attribute – location.  Located on the Gold River – Tahsis Road it provides unique one of a kind access to Nootka Sound.  Now we could sell campsites, moorage, propane and diesel.  Now we would have a place for guests at both lodges to park.

Nootka Marine Adventures is designed to serve all the aquatic needs of everyone; from families with kids to multi-national corporations with VIP’s to reward. From folks with yachts to those with kayaks – sometimes the same folks! It is a huge job and we are busy assembling a dedicated team of experts to perform the huge list of services we provide. As our introduction to all of these services we are offering a limited number of three lodge tours. Three lodges for the price of one for three nights, all inclusive, including a circumnavigation of Nootka Island (weather permitting).

At first we thought we would redevelop Newton Cove as a “rustic outpost”. But local guides, as well as our customers, convinced us the quality of the location deserved a resort that would satisfy the requirements of our most exacting corporate clients. As a result, in 2015 we opened Newton Cove Resort; this resort incorporates all of the knowledge we gained from developing the first two locations.

This 44 bed structure made up of four main buildings was constructed in Campbell River on large submersible barges and now rests on 5 feet thick concrete and steel Styrofoam floats.  At the same time, we added to Nootka Sound Resort with the 8 more rooms offering 16 additional beds to this popular location.

The Newton Cove project was finished off with buildings for, fish processing, generators, fuel, ice making and water purification which were built on floats in Moutcha Bay.  It was great to witness tug boats towing all the buildings to their now permanent sites.

This construction along with secure anchoring are but some of the additional requirements necessary to provide luxury afloat in the wilderness.

Please phone us for more information!

Nootka Sound separates Vancouver Island from Nootka Island.  Historically known as King George’s Sound, the inlet is part of the traditional territory of the indigenous Nuu-chah-nulth people who referred to the area as Mowichat. Captain James Cook’s visit to Nootka Sound in 1778 was the first known European sighting of Yuquot (Friendly Cove). Later a Spanish naval post, Santa Cruz de Nuca was built and remains the only Spanish settlement ever established in Canada. It usually was referred to simply as “Nootka”.

Nootka is Vancouver Island’s largest offshore island and is 534 km².  Europeans named the island after a Nuu-chah-nulth language word meaning “go around.” The earliest occupation known on the outer coast was revealed by excavations at Yuquot; this site had been used for at least 4300 years. There are caves with Mowachaht and Spanish burial sites. Historical sites are found throughout the island, with the most popular being near the settlement of Friendly Cove

Yuquot became the scene of the historic Nootka Incident. War between Spain and Great Britain over control of the Pacific Northwest was averted by the three Nootka Conventions, signed in 1790, 1793, and 1794. Spain conceded giving the British rights to establish settlements in any area originally claimed by Spain but never occupied. This agreement effectively allowed a expanded British presence in the Pacific Northwest, including today’s British Columbia, Oregon, and Washington. 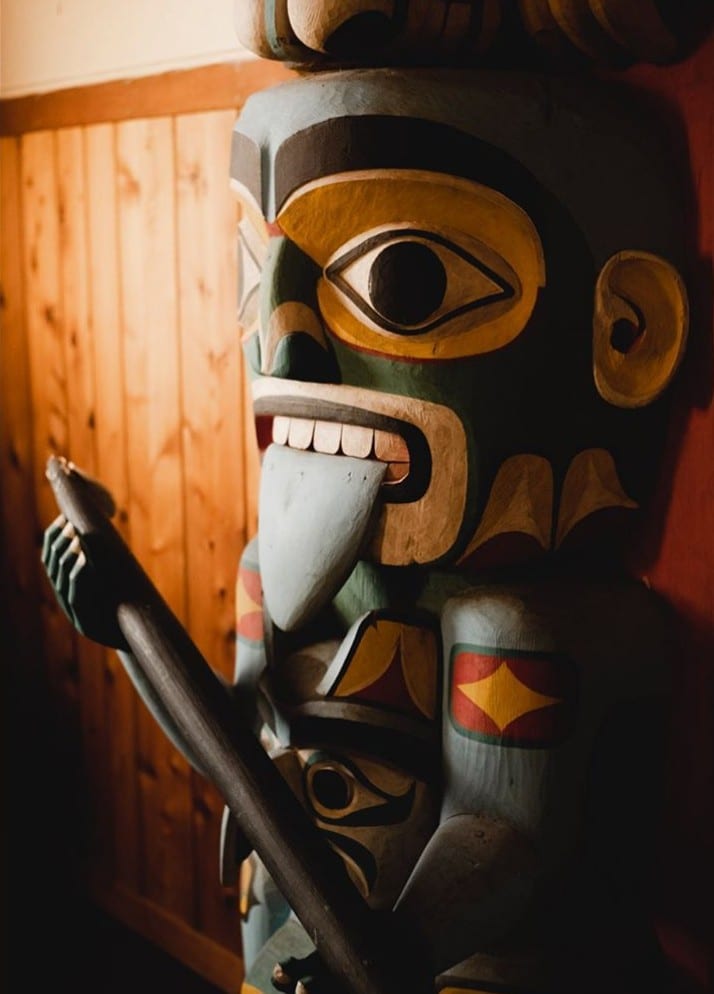 rates
Get Directions
View Our Rates
This site uses cookies. Find out more about how we use cookies.