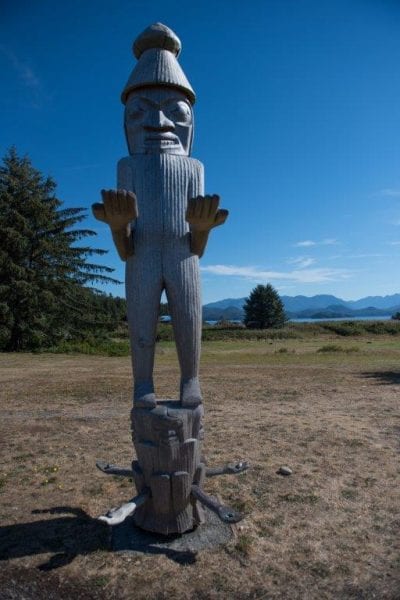 Nootka Sound and the neighbouring area is home to Mowachaht/Muchalaht First Nation. The story of Nootka Sound stretches from Gold River to Tahsis and begins with First Nations who have inhabited the area for more than 4,300 years.  The tribes were very prosperous and flourished by hunting the abundance of fish and whales, and by foraging. The tribal groups lived along the beaches in long, multi-family wooden houses, and would migrate seasonally to follow the changing foraging and hunting patterns.

In February, the tribes moved to Yuquot, more commonly known as Friendly Cove, which is located just off of Nootka Island. Yuquot translated to the locals as ‘Where the Winds Blow from Many Directions’, was an ample location for fishing, berry picking and whaling. After they moved towards the inlets to follow the salmon, the Mowachaht/Muchalaht people trekked towards their winter home in Tahsis.

Today, the village of Tsaxana, only 3 kilometers from Gold River, is the home of the main village site of the Mowachaht/Muchalaht First Nation.