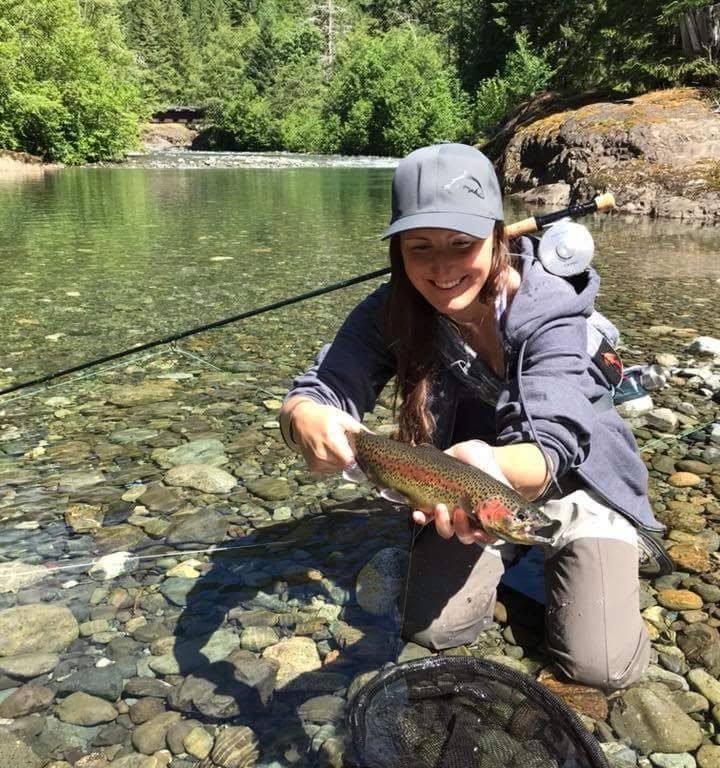 Freshwater fishing, Vancouver Island, adventures are yours for the taking, and the pristine Nootka Sound region features some of the very best freshwater fishing in the world. Thousands of home-bound salmon return annually to our many river and creek systems, and our numerous lakes offer plentiful opportunities for trout.

Less than five miles from Moutcha Bay Resort is the federally operated Conuma River Hatchery. This hatchery is a major Chinook salmon enhancement facility and releases about 3.5 million smolts into five different watersheds and estuaries in our area on a yearly basis. It also rears Chum and Coho salmon. The enhancement efforts of the hatchery mean that we see excellent numbers of returning salmon on our local Conuma River. 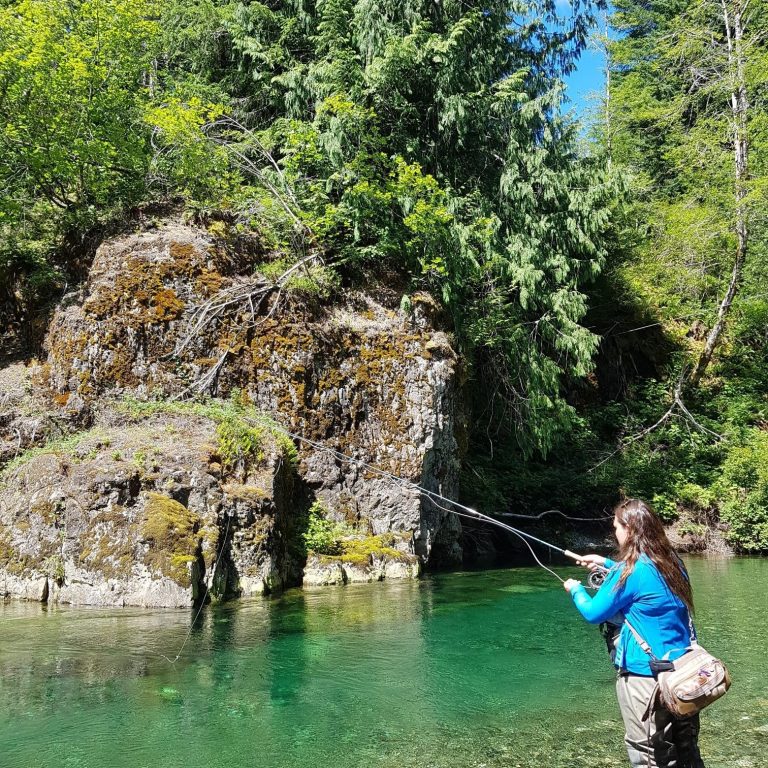 The immaculate Conuma River features wide gravel shores, deep pools, and clear water. It is easily walkable and accessible from Moutcha Bay Resort and is popular with both spin and fly fishermen. It has fantastic freshwater fishing opportunities for Chinook, Coho, Chum, and Steelhead as well as rainbow, cutthroat, and sea-run cutthroat trout.

The nearby Gold River is a beautiful, long river with green-gold water and good runs of wild steelhead and all five species of Pacific salmon. The Gold River also provides excellent freshwater fishing for rainbow trout, sea-run cutthroat, and bull trout.  This is a fast-moving river with steeper banks that is well suited for belly boats and drift boats. 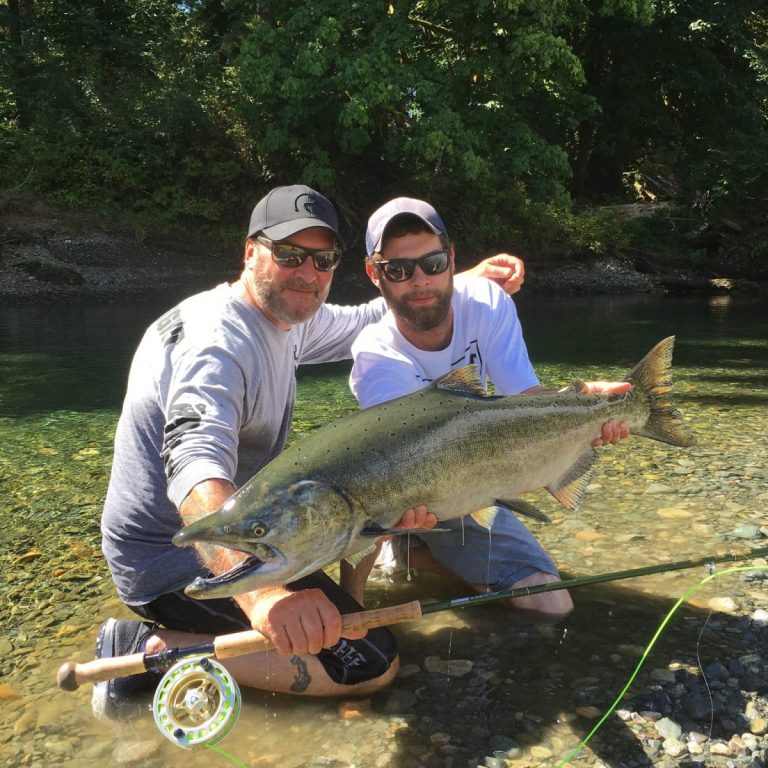 Keen freshwater anglers must remember that fish returning to freshwater for spawning are highly dependent on river levels, so patience is key. Too little or too much water, and the river is unfishable. Novice anglers should also remember that during salmon runs, it is common to encounter numerous black bears on the rivers, and to prepare accordingly.